Case study In the news

Free Jagtar Singh Johal: Latest News and Everything You Need to Know

British blogger, Jagtar Singh Johal, may be the victim of a UK tip off which led to his unlawful arrest and torture. Now he is taking the Government to court.

Who is Jagtar Singh Johal?

Jagtar Singh Johal is a 35-year-old British national from Dumbarton, Scotland who has been unlawfully detained in India since 2017. He is being detained on trumped-up political charges carrying the death penalty, which are based on a “confession” that Jagtar was tortured into signing.

In the latest news, it has been uncovered that UK intelligence agencies, MI5 and MI6, may have provided a tip-off that led to his detention and torture.

Jagtar Singh Johal is taking the UK Government to court, as Reprieve calls for his release and UK accountability.

What is Jagtar Singh Johal’s story?

In October 2017, Jagtar Singh Johal, a human rights activist, travelled from his home in Dumbarton, Scotland and went to India to get married.

On 4 November 2017, three weeks after his wedding, Jagtar was arrested in Jalandhar, Punjab. Jagtar and his wife were out shopping when he was abducted off the street, hooded with a sack, and bundled into a police car. Jagtar was remanded in police custody immediately upon arrest. For 10 days he was held incommunicado and not allowed to see a lawyer, his family members, or a representative of the British High Commission.

In detention, he was brutally tortured. To make the pain stop, Jagtar recorded video statements and signed blank pieces of paper which were later presented by the authorities as a “confession”. The widespread use of torture by police in India has been documented by the UN, NGOs like Amnesty International, and India’s own Law Commission.

Jagtar is at serious risk of a death sentence. In eight of the trumped-up political cases against Jagtar, he faces charges which carry the death penalty as a punishment. The risk of Jagtar being sentenced to death is high given the politicised nature of his case.

Jagtar has been detained for almost five years. In May 2022, the United Nations Working Group on Arbitrary Detention declared his detention arbitrary and unlawful under international law. The Working Group determined that Jagtar’s detention “lacks [a] legal basis”, was based on “discriminatory grounds” owing to his Sikh faith and his “status as a human rights defender”, and that Jagtar was “subjected to torture”.

In the latest update, evidence has now been uncovered that a UK Minister may have authorised British intelligence agencies, MI5 and MI6, to share information with Indian authorities that led to Jagtar’s arrest, detention and torture. This evidence was discovered by investigators at Reprieve.

Jagtar’s legal team has argued that he matches the description of an anonymised individual in a report by the UK’s Investigatory Powers Commissioner’s Office (IPCO), which sets out how MI5 and MI6 passed information about a British national to foreign authorities who then detained and tortured them.

The legal action argues that UK intelligence agencies unlawfully shared information with the Indian authorities when there was a real risk that Jagtar could be tortured, mistreated, or face the death penalty. Jagtar is seeking redress for the harm he has suffered, and is asking the UK Government to recognise that its actions were unlawful, publicly apologise for its role in his suffering, and call for his release.

What did Jagtar Singh Johal do?

Jagtar is a human rights activist who – through online blogging – highlighted human rights abuses against the Sikh population in India. His blog called for accountability for historic anti-Sikh pogroms in 1984 in India. Pogroms are a form of organised violence against a marginalised group.

An investigation by experts at the United Nations Working Group on Arbitrary Detention found that Jagtar was targeted by the authorities in India “because of his activities as a Sikh practitioner and supporter and because of his activism in writing public posts calling for accountability for alleged actions committed against Sikhs by the authorities”.

As a result of this targeting, Jagtar faces trumped-up political charges in the Indian criminal courts which carry the death penalty as a punishment. The risk of Jagtar being sentenced to death is high given the politicised nature of his case.

Jagtar’s only ‘crime’ was writing blogs exposing the Indian Government’s mistreatment of Sikhs, and the United Nations says this is the reason he’s been targeted.

Why is Jagtar Singh Johal in jail?

Jagtar is supposedly being detained in prison in India so that he can face trial there, but in almost five years there has been no meaningful progress in his case. On 4 May 2022, experts at the United Nations Working Group on Arbitrary Detention found that Jagtar has been held in detention for years “even though there is no judicially admissible evidence against [him], despite intelligence agencies having over three years to investigate,” adding that “mere assertions by the [Indian] Government that lawful procedures have been followed are not sufficient”.

The Working Group concluded that Jagtar has been held in prison on discriminatory grounds “owing to his status as a human rights defender and based on his political activism, religious faith and opinions.” They found that there is no legal basis for Jagtar’s abduction, arrest and detention. They also declared that Jagtar should be released immediately. However, he remains detained today.

It has also recently emerged that Jagtar may have been targeted, detained and tortured as a result of UK intelligence agencies, MI5 and MI6, providing a tip-off to the Indian authorities. His brother, Gurpreet, described this as a “living hell”:

“I never imagined the scenes I’d seen in horror movies of people being abducted by a foreign Government and violently tortured could become a reality for someone in my family. When it did, I expected our Government would do everything in its power to save my brother. The twist is that not only has our Government abandoned one of its own citizens, it’s actively betrayed him.”

When is Jagtar Singh Johal’s birthday?

Jagtar Singh Johal’s birthday is on 9 February. Jagtar turned 35 years old on his most recent birthday.
This year, on this birthday, thousands of Reprieve supporters sent Jagtar a birthday message, standing in solidarity with him and sharing the message far and wide: Bring Jagtar home!

Jagtar’s brother, Gurpreet, worked with Reprieve to get these birthday messages to Jagtar. The messages put a smile on his face, and with his trademark humour, he quipped: “Any cake?”

When will Jagtar Singh Johal be released?

For years, Jagtar’s family have been calling on the UK Government to intervene in his case and secure his release. On 4 May 2022, experts at the United Nations Working Group on Arbitrary Detention found that there is no legal basis for Jagtar’s ongoing detention and declared that Jagtar should be released immediately.

Not long after, in June 2022, UK Prime Minister Boris Johnson finally recognised Jagtar’s detention as arbitrary for the first time. It is the UK Government’s policy to lobby for the release of arbitrarily detained British nationals overseas. Despite this, Jagtar and his family are still waiting for the UK Government to call for his release and repatriation.

Reprieve is campaigning to ensure that Prime Minister Liz Truss does everything in her power to secure Jagtar’s release.

Stand with Jagtar as he takes the UK Government to court. Sign the petition.

British blogger, Jagtar Singh Johal, may be the victim of a UK tip off which led to his unlawful arrest and torture. Now he is taking the Government to court.

How can I find the Jagtar Singh Johal petition?

Reprieve have been publicly campaigning for Jagtar Singh Johal since February 2021. Since then, more than 38,726 people have added their name to the petition calling on Jagtar’s release and repatriation.

In that time, 14,793 emails have been sent to local MPs by Reprieve campaigners, and the community have written a total of 11,321 messages of support to Jagtar Singh Johal.

Since the news that a UK Government Minister may have authorised MI5 and MI6 to share information about Jagtar that led to his unlawful arrest and torture in India, thousands of people have come out in support asking Liz Truss to stop torture tip offs now.

What is the latest news on Jagtar Singh Johal?

The latest update on Jagtar Singh Johal’s case is that he’s taking the UK Government to court following revelations that the UK may have played a role in his ordeal. With the support of Reprieve and REDRESS, Jagtar and his family have filed a legal claim against the UK Government, arguing there is strong evidence to suggest that UK intelligence agencies MI5 and MI6 provided a tip-off that led to his detention and torture.

Jagtar’s legal case suggests that the UK Government has failed to fix longstanding shortcomings in its policy on torture and the death penalty, and learned little from past failings such as the MI6 tip-off which led to the rendition and torture of Libyan dissident Abdulhakim Belhaj.

The fact that Jagtar is having to go to court to uncover the truth of the UK Government’s involvement in his case underscores the need for clarity and accountability in this area.

We are a community 100,000 strong, fighting against injustice and to end the death penalty for good.

If you would like to be kept up to date on the latest developments in Jagtar’s case, sign up to join our community today.

Be the first to know about future work on Jagtar’s case and other breaking human rights stories. 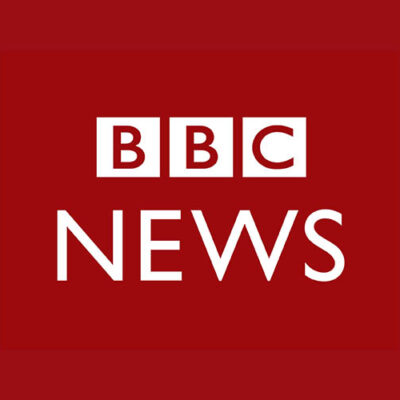 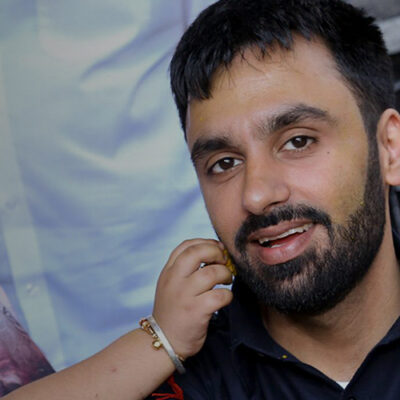 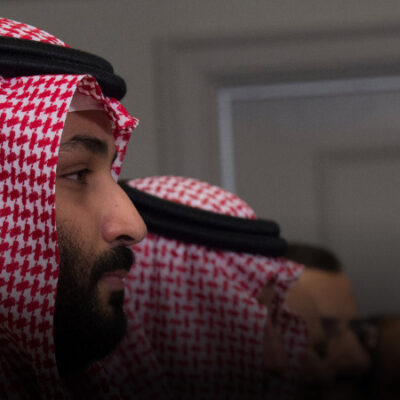 Saudi Arabia and the death penalty: Everything you need to know about the rise in executions under Mohammed bin Salman 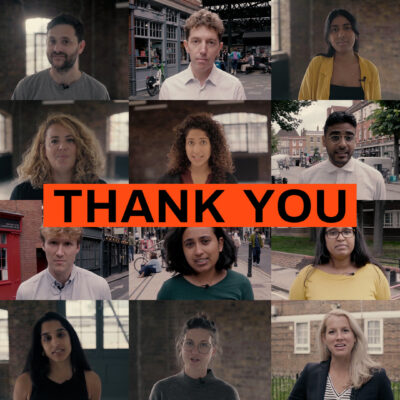 Thank you to all of our supporters