This is how Saifullah Paracha has described Guantánamo Bay, where he has been held since 2004. He has never been charged with a crime, and never been given a trial.

Saifullah is a 73 year old father of four. Saifullah was born in Pakistan but moved to the United States when he was 24 to study at the New York Institute of Technology. He met his wife, started a family, started a business, and lived happily in New York for 15 years.

He’s been unanimously cleared for release from Guantánamo by six US government agencies – including the CIA. But he’s still there, waiting.

In 1986, Saifullah and his family moved home to Pakistan – to Karachi. There, Saifullah set up a production house that sold original programing to Pakistani media networks, and a garment-buying house with a New York-based partner that facilitated shipments between Pakistan and the United States. If you’d like to read more about Saifullah’s life and background, we recommend this Guardian Long Read from 2018.

Saifullah was on his way to Thailand for a meeting with buyers for the retail giant Kmart, in the summer of 2003. He landed in Bangkok, but he never made it to the meeting. At the time, as part of the post-9/11 so-called ‘war on terror’ US authorities were indiscriminately rounding-up hundreds of Muslim men – often on the basis of hearsay, mistaken identity, and vast bounties. Saifullah was one of these men. He was picked up at Bangkok airport in an FBI-led operation and rendered to Bagram airbase in Afghanistan.

He wasn’t charged with any crime.

In Bagram, Saifuallah – like hundreds of other prisoners – was tortured. And it was there that he suffered the second of three heart attacks. Eventually, in 2004, Saifullah was rendered to Guantánamo, where he has since suffered a further heart attack. Now 73, he suffers from a host of medical problems—some natural for an aging man and others, parting gifts of his abuse in US detention. These include: diabetes mellitus, coronary artery disease, angina pectoris, cardiac diastolic dysfunction, hyperlipidemia, diverticulosis, allergic rhinitis, gout, and gastroesophageal reflux disease.

Saifullah has become what is known as a ‘forever prisoner’.

With no charges, no trial, and limited political will from the US government to release him, Saifullah is one of 31 men who could die at the prison rather than see his family again.

We don’t want that to happen. We are fighting to make sure that it doesn’t, and to close the prison down for good.

UPDATE: Saifullah was cleared for release on May 18, 2021. He is currently still in Guantánamo, waiting to be released. 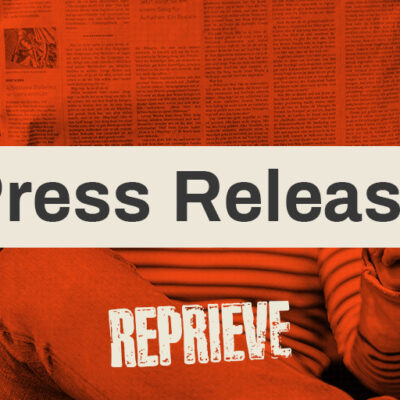