Khalid Qasim was sent to Guantánamo Bay when he was just 25 years old. 19 years later, he’s still detained in Guantánamo without charge or trial.

From behind bars, Khalid has taught himself English and developed into an artist.

Who is Khalid Qasim?

Khalid Qassim was kidnapped by the Northern Alliance when he was a young man on his first-ever trip outside of Yemen. He was brutally tortured and forced to confess to a crime he did not commit. He was then sold to the US for a bounty.

Khalid has spent almost half of his life in Guantánamo Bay.

He is just one of more than 100 Yemeni nationals who have been wrongfully imprisoned in Guantánamo Bay since 2001.

The art of healing

For many detainees, like Khalid, there is no real support system – despite them enduring long term imprisonment, solitary confinement and torture. Although the conditions in Guantánamo Bay have improved over the years, many detainees are traumatised and suffer from physical ailments induced by torture.

For many, there is just one solace and form of expression – art.

Committed to peaceful protest, Khalid has engaged in a number of hunger strikes inside the prison. He’s even demanded to be kept in solitary confinement in protest at the conditions in Guantánamo and his detention without charge or trial. In total, he has spent seven years of his life in the prison on hunger strike.

The best insight into his internal turmoil is provided by his paintings which conveys his disgust at the injustice that he and other detainees have had to face.

As you can see from his artwork, much of what he’s produced is abstract.

Yet artwork, made with rigorous movement, feel extremely expressive.

Khalid’s choice of dark colours, including a sea of reds and blacks, could be interpreted as an expression of the pain and suffering that he has endured while imprisoned in Guantánamo Bay.

Khalid told us, “each piece carries several meanings that I did not wish to explain. I prefer that the spectator would extract them. The more one reflects the more meaning he finds.”

He went on to say, “In spite of all the negative news surrounding me, my paintings are always powered by optimism rather than despair.”

What’s next for Khalid Qasim?

Khalid, who has not yet been cleared for release, has never been able to contest the allegations against him. His entire 19-year detention is based on hearsay and evidence extracted under torture.

The US authorities’ decision to deny his rights to demand legal action has made his fight for freedom slow. During recent hearings, the Judge presiding over Khalid’s petition for release has expressed surprise that such a low-level person remains detained in Guantánamo. Tragically, the prison authorities have stopped Khalid from sharing his artwork and even made it next to impossible to show it to his attorneys.

Khalid should be free. Thanks to our lawyers and campaigners, we hope that his wrongful imprisonment will come to an end soon. 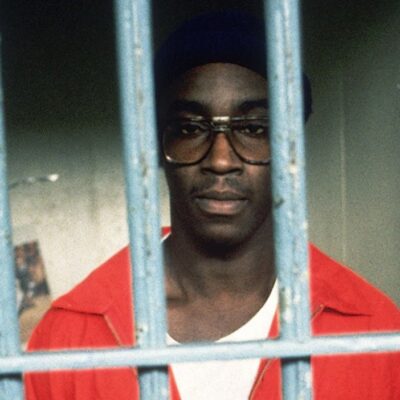 We are fighting to free the men who remain in Guantánamo and to close the prison camp for good.

Will you join our calls to get this illegal prison camp shut down so men like Khalid can be free?