But after 33 years, Kris remains in the South Florida Reception Centre in a dorm of 46 men because innocence isn’t enough to let someone out of prison in the US.

That’s why we are in court again, fighting for Kris.

We are trying to prove that Kris’s original trial was not fair. This should be straightforward – but Florida State prosecutors are fighting us every step of the way to keep this innocent man locked up.

Here are 10 facts about Kris’s case that everyone – including the State prosecutors – need to know: 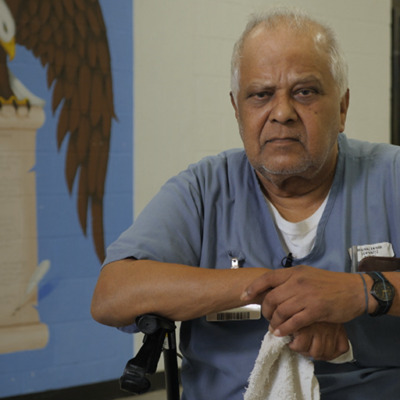 The campaign you wanted to join has ended. To keep up to date with our latest and most urgent actions, join our email list.

If we can’t prove that Kris’s original trial was unfair in court, Florida’s attorney general argues that it does not matter if Kris is innocent. He’ll remain in jail, where he is exposed to the worst effects of COVID-19 because he is 81 years old and in poor health.

It should be a straightforward argument, shouldn’t it?

The judge has already acknowledged his innocence isn’t up for debate. But the Florida prosecutors are determined to keep an innocent man behind bars.

That’s why we are fighting for Kris. Thank you for being a part of this fight.